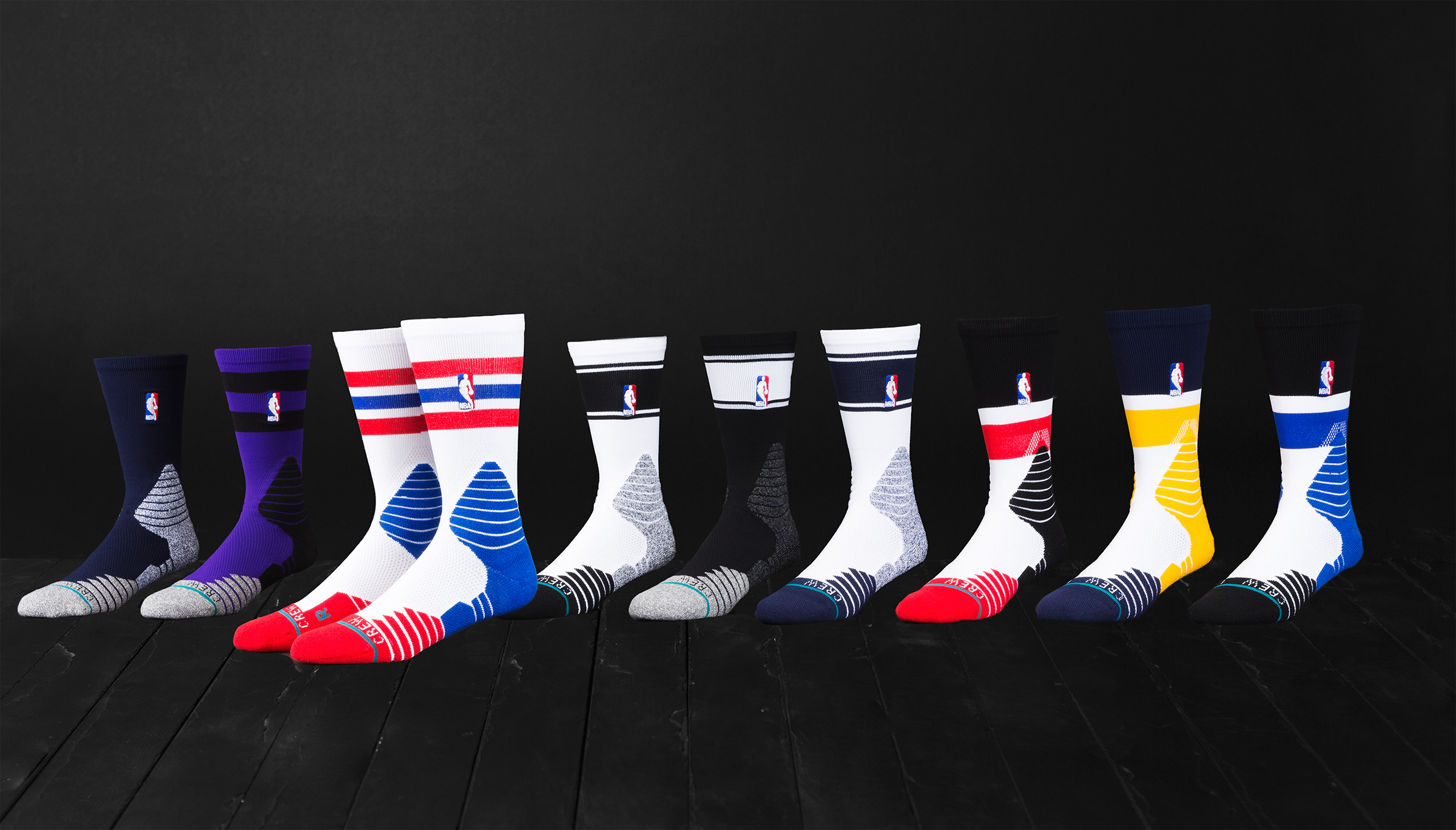 Last season, Stance debuted as the first official on-court sock of the National Basketball Association (NBA). At the time, Stance entered the scene with five solid colorways and a multitude of team-specific styles. Now, this season, Stance is building on that selection with the release of one new solid color and eight striped styles designed to amplify jerseys throughout the 2016-2017 NBA season.

Each team will maintain access to their two specific styles and existing solids. They will now, however, have the option to diversify their selection with Stance’s new solid navy, thin stripe, bold stripe and cap stripe socks.  The Stripes collection, outside of complimenting NBA uniforms, provides the fashion, fit and function to transition from the NBA court and performance footwear to postgame and lifestyle wear.

These new On-Court Stripes will make their NBA debut in late October, at the start of the 2016-17 season. The collection is available at retail now, though, in both Stance’s quarter and crew heights. The styles are available at Stance.com, Dick’s Sporting Goods, Foot Locker, the NBA Store and a variety of national and international retailers. For more information, be sure to follow Stance’s social channel @stancehoops. #theuncommonthread

In this article:Accessories, NBA, Socks.