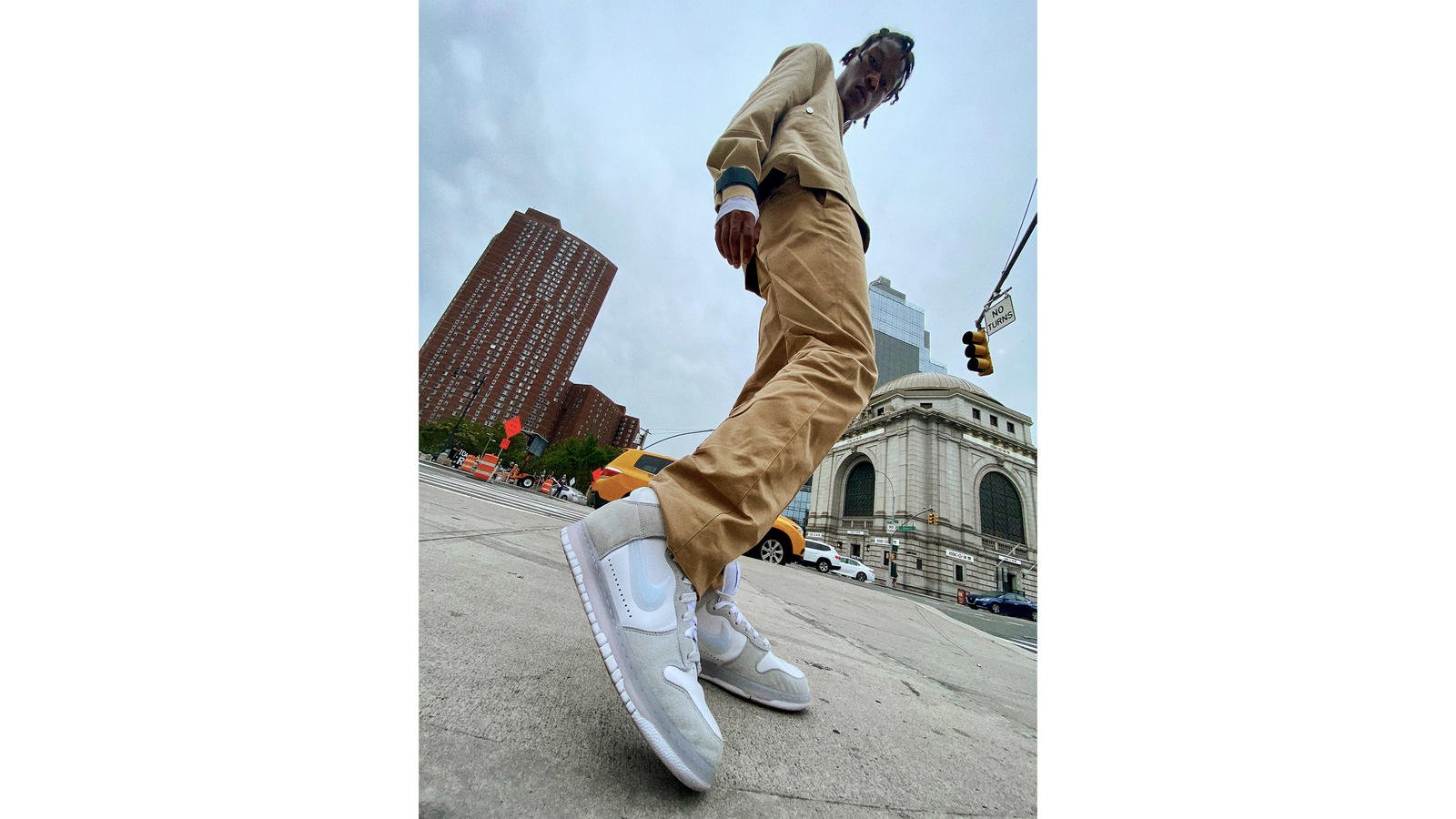 September 21, 2020 – An upside-down Nike logo appears prominently on the tongue of the Nike Slam Jam Dunk. The modification reflects the Italian powerhouse’s subversive nature, and what has made it a leader in street culture for more than 30 years.

Since its founding in 1989, Slam Jam has been dedicated to what it calls the “global underground.” Explicitly, its stores in the Ferrara headquarters and Milan are a conduit for the varied outputs of multiple subcultures, materialized in clothing but defined by a rebellious attitude.

For owner Luca Benini, the Nike Dunk fits naturally in the Slam Jam ethos. “​​I remember one of my first contacts with the Dunk happened thanks to the Air Jordan I when they came out in 1985. I then discovered its inspirational role,” says Benini.

The Dunk’s debut coincided with the now iconic “Be True to Your School” advertising campaign. It became a cult favorite of skateboarders and, later, vintage sneaker collectors. By the late ’90s, the Dunk was worn by people in the club, graffiti, skateboarding and fashion scenes, becoming standard uniform in the burgeoning streetwear community.

“The Dunk had a strong impact for sure, acting as one of those elements helping global connections to shape and develop the now-called street culture,” says Benini.

Slam Jam’s Dunk follows the shoe’s history as both a team shoe and a catalyst for design experimentation. The subversive tone of the upside-down Swoosh is reinforced by transparent, gummy Swooshes that touch at the heel in a unique branding element. Translucent soles tie naturally to the material makeup, and a playful reinterpretation of the Dunk’s traditional perforation adds a subtle new ingredient.

“This Dunk expresses the values of simplicity and the attention to innovative details, which alongside our rebel attitude, define the Slam Jam DNA,” says Benini of the design.