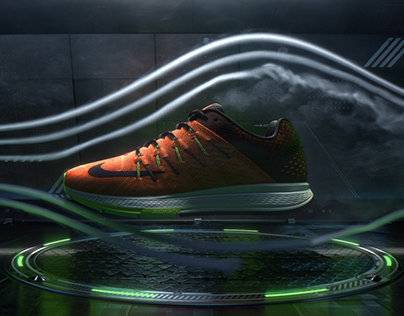 The Nike Air Zoom Elite 8. So fast it comes with an air bag.
Have you ever wondered what was inside the Air Zoom Elite 8 that made you so fast? Well, we've got the answer right here, in the form of an 8-cylinder, 500hp, rocket-powered airbag.
Part I – The Pitch
As many other projects before this one started with a pitch. We had to pitch against two extremelly talented studios and were lucky enough to win with our “The Hover” concept.

At some point client asked us to go from more stylized motion-designy approach to photoreal CG and focus our exploration around engine-within-a-shoe idea.

Part II – Production
We ended up with a final concept of the shoe being tested in ultra-hitech, almost air force grade facility somewhere in year 2035 (or 2037, who knows?). All decisions regarding design of environment, engine / air bag and other props were made with this setting in mind.

Made in CHRLX
Thanks for watching!