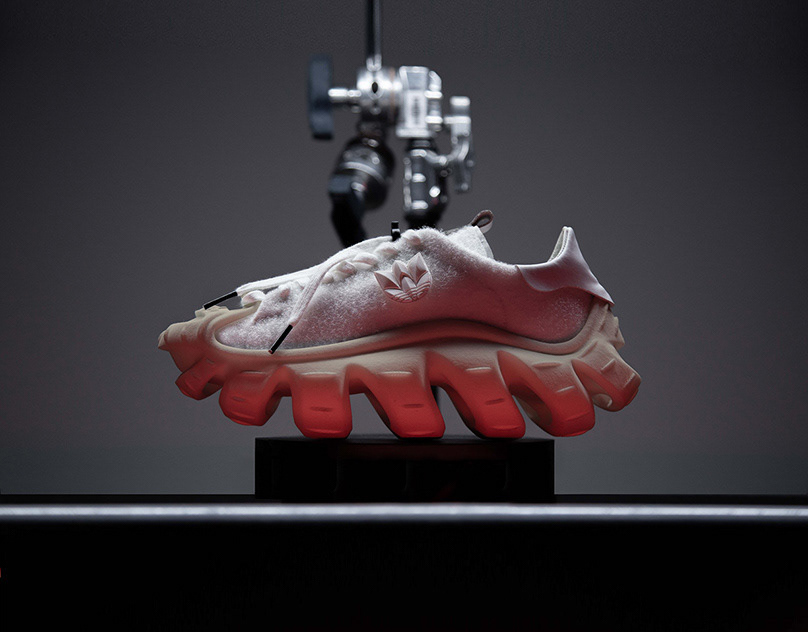 Mr.Bailey®️ and adidas Originals Present “The Evolution Of The Shell Toe” [AMMONITE SUPERSTAR]
“London-based industrial designer Mr. Bailey, who’s best known for his art-meets-streetwear-focused footwear projects, has worked with adidas Originals to reimagine its classic Superstar. In a new project titled the “Ammonite Superstar:” The Evolution of the Shell Toe, Mr. Bailey delivers a vision of the Superstar as we’ve never seen it before, taking inspiration from the extensive world of mollusk seashells.
The inspiration spawned from Mr. Bailey’s understanding of what the Shell Toe is — it’s the most important and signifying part of the Superstar, and it has similar parallels to the forms of the marine world. With this comparison in mind, the designer went on to deconstruct the sneaker’s design before reimagining it as the “Ammonite Superstar.”
It gets its name from the extinct subclass of marine mollusks that share the same family class as the octopus, and this form has inspired plenty of design cues around Mr. Bailey’s sneaker. The result is a wearable sculpture, where a Shell Toe design at the front seamlessly morphs into becoming a warped sole unit that has segments growing from its body, wrapping around the entire footbed.
Elsewhere, the shoe’s sole unit simultaneously features circular chambers in its cross-section, which although are inspired by the Ammonite shell actually have a functional purpose: these chambers mimic the buoyancy and stability of the cephalopod, which makes for a unique wearing experience.
The upper is made from engineered adaptive nylon that allows the shoe to adopt a number of finishes alongside its 3M tooling. Lastly, a host of reinterpreted Trefoil patches were developed to be added onto the side of the aforementioned adaptable upper.
(Unfortunately for some of you) this shoe was developed by Mr. Bailey under adidas Originals’ Catalyst for Change program to celebrate the Superstar’s 50th anniversary. As a result, this sneaker will not be released.” – Eric Brain, Hypebeast
Thank you team 🙏🏼
Art Direction: @johnchxn
Videographer: @ceeramsden
BTS: @indigolou
Partner: @hoclabtech
3D: 👻
Alleyoop: @lvmghost