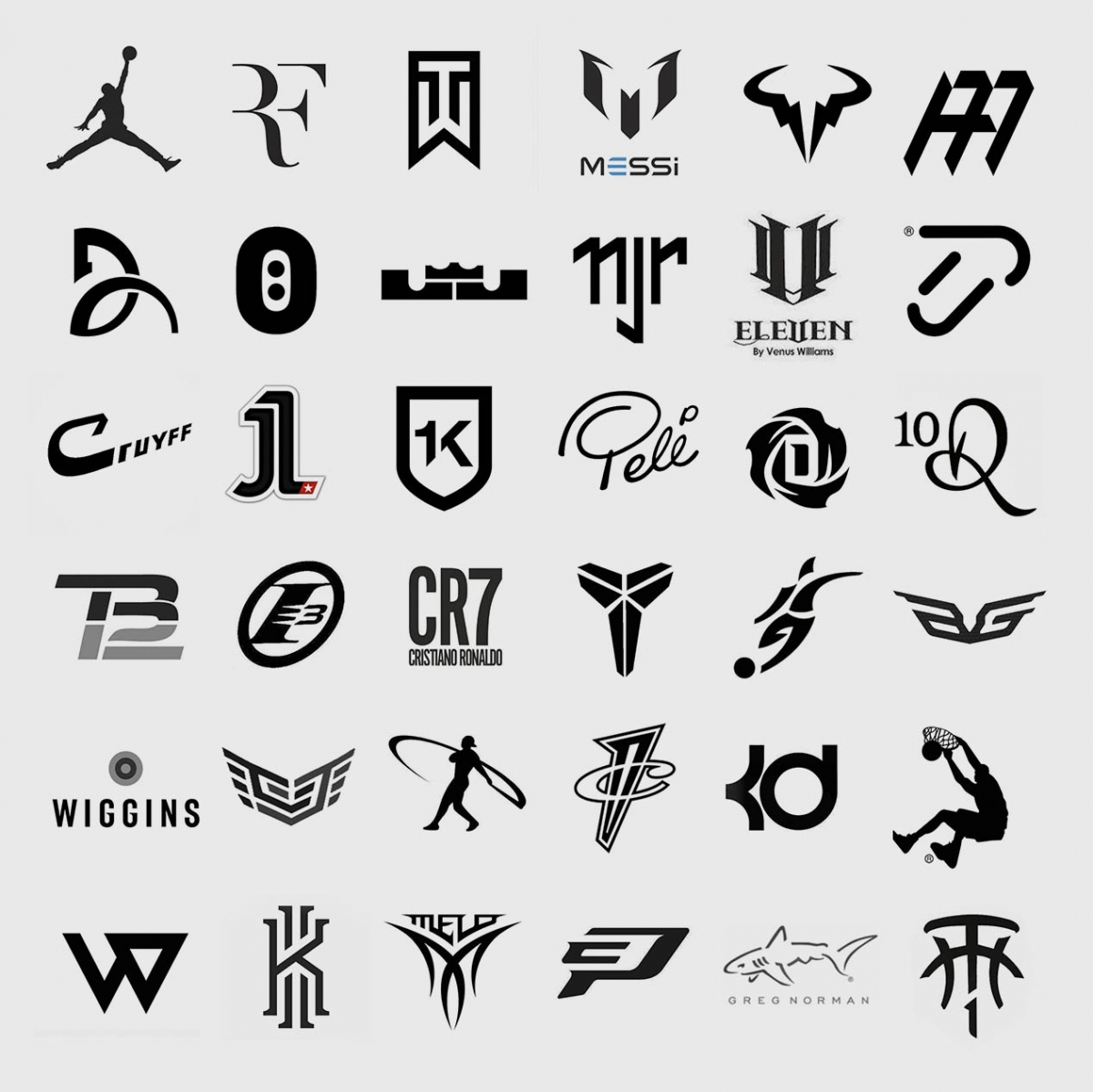 It’s been a long time coming, and finally we switch it up this week.  No song.  No lyrics.  No artfully crafted blending of sneaker culture, music, and life.  This week, we are talking logos.  Specifically of the sports and sneaker related variety.  Think Kevin Durant’s KD or Kobe’s, well, whatever Kobe’s thing is (a quick Google search tells me it is called the “Sheath”).

Initially, this was what my space was supposed to be dedicated to.  The idea was to do a weekly column that critiqued a handful of logos/brand identities within sports and sneaker culture.  When the concept was brought to me, I was super stoked on it.  Then after some thought, I got a little worried that I would quickly run out of logos to compare within a month or two, and, poof, my writing “career” would be gone almost as quick as it came.  Luckily, I was able to convince the appropriate individuals to allow me to write some articles along the lines of what you have already consumed in hopes of extending my career as long as possible.  Now that I’ve got three of those in the hoppah (for anyone not familiar with Maine or Boston accents, that would be hopper), I figured it was time to get to the logos.

the deal.  The critiques are going to be alternating weekly with my sneaker culture articles for the foreseeable future, or until I run out of interesting designs to talk about.  Which shouldn’t be anytime soon since I hit the mother load of sneaker logos the other day.  So buckle up my friends, it’s gonna be an interesting ride.

People that don’t know me may be wondering why in the world would I be asked to talk about a topic like this.  Actually, I take that back.  Even most people that know me would probably ask the same thing.  So basically, everyone is probably wondering why I was tasked for an idea like this.  Well, it’s because I rule.  Okay, thats just part of it.  The rest is a combination of dumb luck, right place/right time, knowing someone that makes the decisions, and having a background in graphic design and illustration (keep a lookout in the boxes in the coming months, I may just have contributed some illustration related goodness to one of them).

As for how this is going to go about, it’s gonna go down like this.  As I said earlier, I am going to discuss 5 or so logos each week and try to bring the honesty as unfiltered as possible.  If it’s a dope design, it will be showered with kind words. And while I’m not out to bash any of the designs for the sake of getting clicks, I will let you know if I think it sucks.  Those one will probably have a little more humor sprinkled in to try to offset the negativity.  And if its really bad, well, as the saying goes, “If you ain’t got nothin’ nice to say…”.

I don’t plan on talking much (if at all) about the big boys (logos for Nike, Adidas, Puma, Under Armour, etc).  Those have been around a long time and everyone is familiar with them, even non sneaker heads.  Instead, I will be discussing player sneaker logos (LeBron’s logo), player brand logos (Tom Brady’s personal logo) and sub brand logos (think of the Adidas Crazy 8 logo from back in the day, the weird looking face one).  Granted, some of those are almost as popular as the big company logos, but non sneaker heads may not see them with any regularity, if ever.  Then there is the lesser known and long forgotten logos.  The ones that even the most well versed sneaker heads may have slept on.  That’s gonna be my bread and butter.

To make things easier on my brain, I’m going to keep things in some type of organized manner.  For example, I might do an article or two on logos under the Jordan brand.  When I run out of those, I may jump to logos under the Nike umbrella.  Then logos in the Adidas camp, etc.  It’s probably not imperative that I do it that way, but I like things nice and neat.

Just to be clear, these are MY opinions and no one else’s.  Every once in a while, if I get lucky, maybe I can do a collaborative article with another creative or even get some input from a designer of one of the logos talked about.  But for now, it’s just me. I’ve got enough background for an educated opinion and I got lucky enough to be given the opportunity to voice said opinion.  Doesn’t mean some of you wont disagree with me. Frankly you may think I’m an idiot.  That’s cool.  But I have the “mic” and you don’t.  So yea.

Lastly, we have to talk about what exactly what the standard is for all of this critiquing I’ll be doing. It’s the Jumpman logo.  Granted, it is now a brand of its own.  But it started out as a sub brand of Nike and is now just as widely recognized as the Swoosh itself.  So for me, that’s the GOAT of sneaker brand logos.  Now, I won’t be doing direct comparisons to the Jumpman.  It’s going to be more of a measuring stick.  Like, the Jumpman is a 10 of 10, so a mediocre logo for player X would be a 5 of 10.  Kinda like that.

So there it is.  I hope that this is a welcomed edition to sneakerboxco.com and becomes as well received (if not more so) as my sneaker culture articles (still appearing biweekly, so don’t be sad).  And if we are lucky, maybe get some good discussion going.  As always, until next time, keep ’em fresh!

Hes Kicks youtube channel is one of the best sneaker unboxing feeds around! This unboxing featured the Sneaker Laundry System from Reshoevn8r, Laced Up...