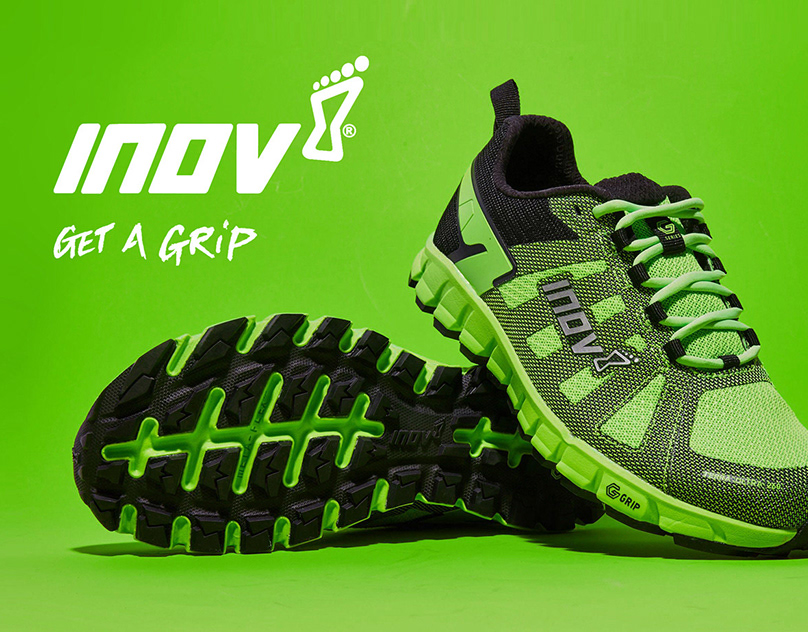 INOV-8 Terra Ultra G 260
A world-first innovation, the Terra Ultra G features Inov-8's revolutionary graphene-enhanced rubber, designed for athletes who run long distances over the toughest terrain. First isolated at The University of Manchester in 2004, graphene is the thinnest material on earth, 200 times stronger than steel and the world’s first two-dimensional material at just one-atom thick. Simply put, it has the potential to revolutionise many areas of technology.
Previously athletes had to choose between sticky rubber shoes that worked well in wet conditions but wore down quicker, or harder rubber shoes that were more durable but not quite as grippy. Through intensive research, hundreds of prototypes and thousands of hours of testing athletes now no longer need to compromise.

Above was a design exercise in stripping out the rubber outsole with the goal of reducing weight and increasing flexibility. Below showcases early examples of the CAD modelling process and initial resin mould prototypes.

In addition to on trail athlete product testing, we also tested multiple prototypes in the lab to identify what bio-mechanical improvements could be made to enhance running efficiency and comfort.

In partnership with inov-8, The National Graphene institute at the University of Manchester helped to develop the world’s first graphene sports shoes. As a world first innovation, the graphene-enhanced rubber can flex and grip to all surfaces more effectively, without wearing down quickly, providing reliably strong and long-lasting grip.