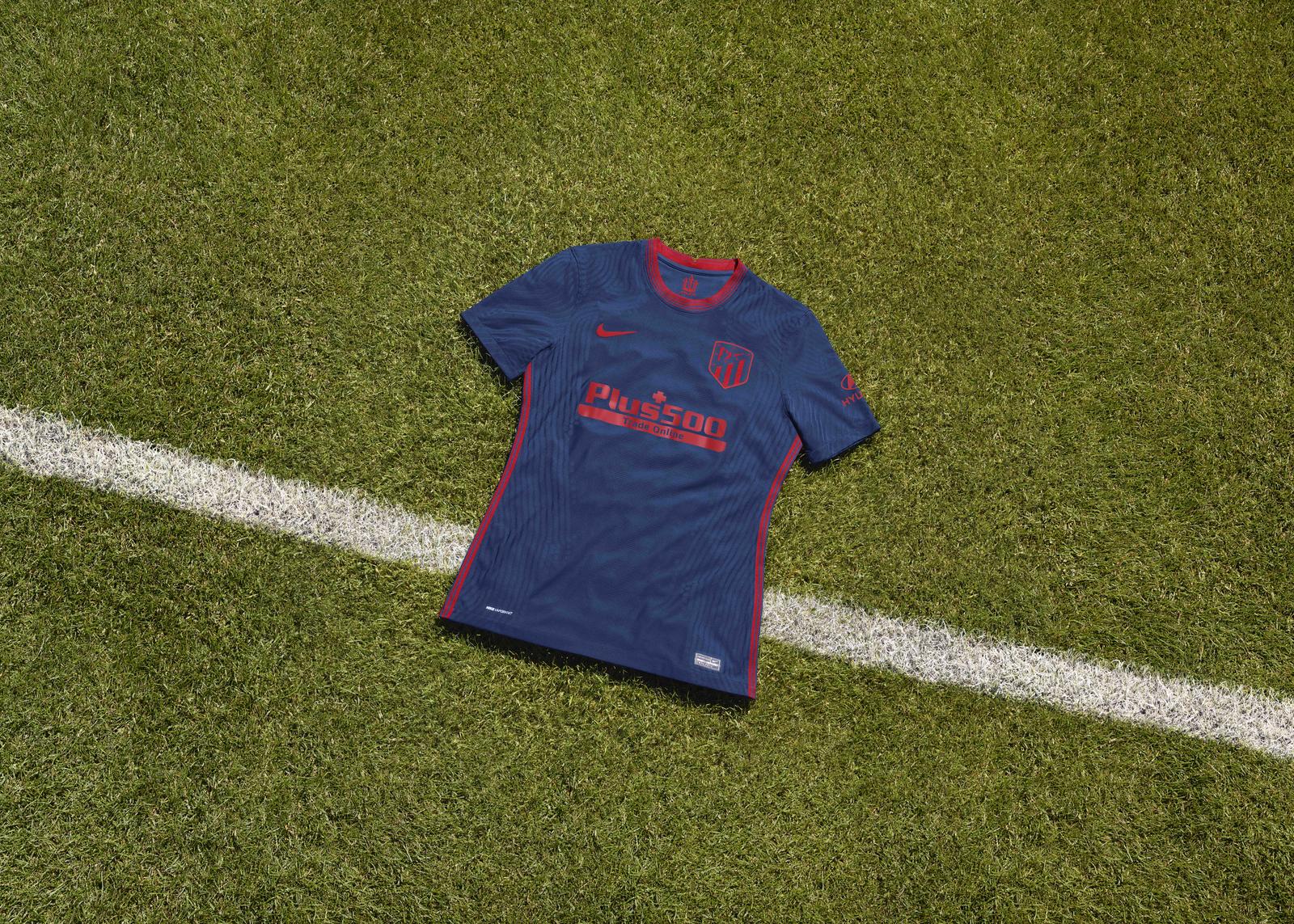 July 21, 2020 – Paris Saint-Germain’s 2020-21 home and away kits mark the club’s 50th anniversary through a celebration of their beloved Hechter stripe.

The singular, broad red stripe, imagined by former club president Daniel Hechter, is at the heart of PSG’s identity, having featured on so many classic jerseys during the past 50 years.

“The Hechter stripe is a special symbol of PSG and I think it is right that we will wear a classic version of it for this important anniversary,” says defender Marquinhos. “It is amazing to think of all the famous kits and the great players to have worn them — now it is time for this team to make its own history while wearing this beautiful design.”

The stripe first appeared in 1973, three years after the formation of the club. The 2020-21 home shirt draws inspiration from that historic early design, and features a thick vertical red stripe outlined in white against a blue background. In a further nod to the ’70s kits, there is an overlapping V-neck collar and ribbed trim on the sleeves.

The phrase, “Paris Saint-Germain 50 Ans,” appears on blue tape running down the sides of the torso, while a small Tricolour on the hem of the jersey provides an additional elegant detail. Blue shorts and socks complete the head-to-toe look.

The new away also features a prominent Hechter stripe, this time taking its cue from the white kit worn in the 1995-96 season when Les Parisiens captured a first major European title. The central red stripe is lined with royal blue, the true color of the city of Paris, and sits against white. A classic blue polo collar is fastened by two central buttons and sits above a club crest and an exclusive elevated Swoosh design.

“Together with the club we wanted to celebrate 50 years of football and fashion at PSG and that could only mean the return of a bold Hechter stripe,” says Scott Munson, VP, Nike Football Apparel. “The home kit is a tribute to the foundation of the club and the establishment of its unique style. The away brings back an iconic look from the mid-90s, when PSG made their mark in Europe and wore one of the most memorable jerseys of that era.”

Both kits can be viewed in 3D through the Nike App thanks to the augmented reality feature. The kits can be seen from every angle and customized with player names from the men’s and women’s teams. Users can learn about the history of the club, evolution of the PSG crest, customize their images with personalized backgrounds and share them with friends.