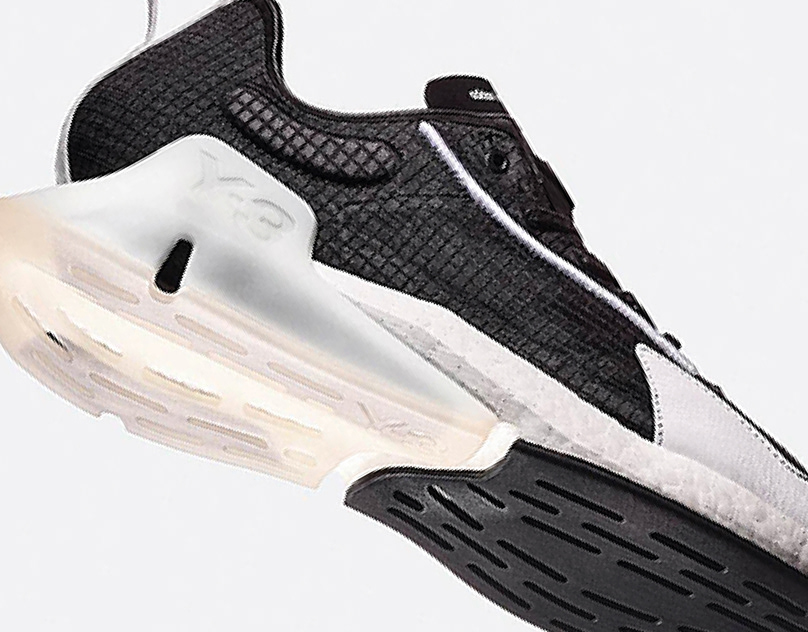 Each Y-3 season starts with a new story concept,
a simple idea, a phrase or a quote, something that should inform the design process and the aesthetic of the new collection.
2020 (supposedly) being the Year of the Olympics in Tokyo, we decided to use iconic sports of this worldwide competition and clash them with modern ones, using visual clues, lines, details, etc.​​​​​​​

In this context, we clashed ARCHERY and RUNNING
Archery is one of the oldest olympic-sports and also one of the most traditional martial arts in Japan.
and Running is probably the most modern and democratic physical activity worldwide.
We believed that both of them, associated together, could inform strong visual designs in terms of silhouettes, cutlines and details : One is all about the speed, being light and fast, and the other one is about being static and having a good stance, balance and a maximum contact to the ground.
Here above are our main selected inspirations for the concept.
There we identified the key references of both sports, as well as strongest details of running and archery/shooting shoes from our adidas archives : here the ZX710 (1987) and the Special Shooting-shoe (1972).​​​​​​​

First sketches researches of lines, shapes and construction.
The concept was to build on a progressive and visually striking Running-shoe silhouette featuring unconventional detailings coming from the products used in Archery as explained above.​​​​​​​

It was very important for us to create a products that tells a story.
Having RUNNING and ARCHERY as our main inspirations, there were many ways to talk about their unique characteristics and differences. We decided to focus on the impression of movement.
Our concept (and challenge) was to create a visual disconnection between the upper and the midsole on the heel area. We wanted to make it feel like the upper is moving while the midsole is set in the ground, to reference both the idea of speed and lightness from running, and the the idea of stance and stillness from Archery.

When learning about archery, we found out there was very strict rules when it comes to postures and stances.
There are only few different feet positions allowed when shooting, and we picked the one called “Open stance”, which has also been the one used in the art of archery in Japan for centuries.
It was important for us to make a tribute to this very traditional stance. This is the reason why we slightly tilted the bottom of the laces U-throat so when aligned at  90° with the front of the other shoe, it can be used as an indicator for a good feet position (see above).

The Orisan started its journey in two colorways, one black and one white,
using similar types of transluscent fabrics mixed with premium leather and suede.

“After debuting the silhouette in a muted black and white colorway earlier this year, Y-3 has returned to its Orisan silhouette for a more eye-catching design. Eschewing the darker colorway, the sneaker has now been dressed in bright red and “Cyan” tones.
The sneaker itself features a technical design, with an upper constructed mostly from a translucent white mesh. This performance-influenced element is offset by more premium materials such as tonal suede on the toebox and a leather backstay on the heel. Contrasting against this muted upper, hits of red arrive on the heel clip and poking through the mesh upper, while “Cyan” arrives around the collar. ”
HYPEBEAST

Absolutely stunning photography work from the online store Wrong Weather
Huge thank you to their photography team for making such amazing visuals of the Y-3 products.

Thank you for reading !
Advertisement. Scroll to continue reading.