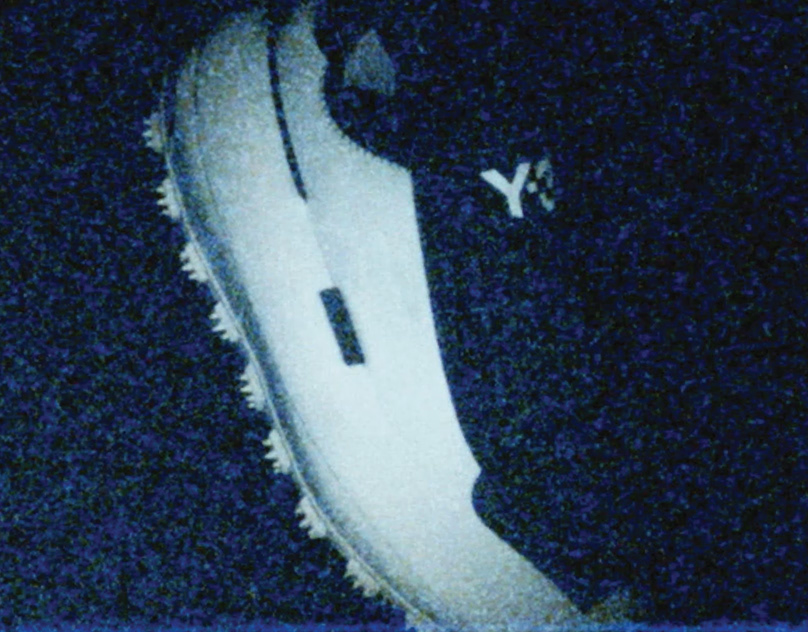 Memory is a strange phenomenon.
When we nostalgically look back on the past, it’s sometimes easy to fall into the trap of aimless reminiscence. Our rose-tinted glasses often seductively tricking us into sentimentally longing for the warm embrace of times gone by. But at the same time, the act of remembrance also bears a distinctly creative impetus.
When we remember, we masterfully re-create stories, drawing on our past in order to invoke intensely personal narratives as we awaken the most visceral of sensory imaginations.
​​​​​​​

At once revealing in the very notion of memory and confronting our expectations of what exactly it means for us to remember, the silhouette departs from aesthetic remembrance and instead explores an altogether more instinctual sensation: touch. With its exaggeratedly soft midsole, jagged outsole, and textile draped upper, it’s clear that one has to pick it up and feel it in order to truly get a sense for its essence.​​​​​​​​​​​​​​

Erring firmly toward the latter of these two vastly different faculties of memory, Y-3 is a label that has never been interested in passive nostalgia. When the brand delves into the realm of the past, it always does so in order to vehemently imagine a new future. Looking back, only to look forward. This spirit is perhaps most poignantly encapsulated by a quote from Yohji Yamamoto himself, who once exclaimed
“With one eye on the past, I walk backwards into the future”.
Yohji Yamamoto
It is this quote that serves as the north star for the latest Y-3 collection. Providing the overarching creative guidelines, the conceptual approach is defined by an inherently progressive energy. Indeed, as a result, the brand rings in its 20th anniversary celebrations with one of its most striking sneakers ever – the Y-3 MAKURA.​​​​​​​
Advertisement. Scroll to continue reading.

It is a shoe that proudly puts Y-3’s avant-garde-meets-sportswear design philosophy on display for all to experience. When one picks up the sneaker, the contrasting sensation of the midsole’s tactile softness as it gives way to a harsh and jagged outsole immediately prompts a moment of personal reflection. This unfettered devotion to antithetical sensory experiences can be seen clearly in the early mockup sketches of the shoe.​​​​​​​​​​​​​​​​​​​​​

It is particularly interesting, then, that when speaking on the process through which the Y-3 MAKURA was brought to life, the brand’s Design Director, Aurelien Longo, notes that he looked to one of his own personal memories:
“My love for sneakers can be traced back to the memory of going to sporting goods stores and holding the latest shoes in my hands. I would press the midsoles with my finger to check how soft they were. I always had this innate feeling that when it came to footwear – the softer the better. The more I could press, the more I presumed the shoe was technologically advanced.”

That being said, as one might expect with an emphatically polyphonic brand like Y-3, when it comes to the MAKURA, the meaning of memory goes even deeper.
To create the aforementioned outsole, the Y-3 design team delved deep into the adidas archive, drawing inspiration from the grip of the Formula 1 silhouette that was first introduced to the world in the 1970s.

Prioritizing the silhouette’s tactile attributes, however, does not distract from Y-3’s signature flair for aesthetic drama. While it is an oft-quoted modernist axiom that “form” must “follow function”, this silhouette takes this one step further as its material innovation drives the potential for visual reimagination. Through the inclusion of a textile fabric that simultaneously wraps both the upper and the midsole together, the shoe defies convention, no longer relying on an upper to sit predictably atop a midsole. ​​​​​​​

Here, the all-white nature of the launch colorway serves as a symbolic nod to the limitless possibilities of the future – acting as a metaphorical blank canvas upon which Y-3 invites you to write your own tomorrows.

Nevertheless, with the Y-3 MAKURA the brand’s dedication to visual reinvention transcends the material realm. While the original designs for the silhouette began as hyper-exaggerated, highly expressive, explorations of contrasting tactile sensations, as the shoe was brought to life, and the realities of mass production set in, the jagged outsole and cushioned midsole were crafted into a more ‘tangible’ form. And yet, a desire for the intangible nature of contradicting sensations still remained an object of fascination.
Advertisement. Scroll to continue reading.

original yet most expressive visualisation of the concept

With that in mind, Aurelien called on the adidas Digital Explore team to create a dynamic 3D render of the silhouette, which allowed for an even more revolutionary exploration of the organic possibilities that footwear can offer.

Within this context the render subverts the inherently static composition of a physical object into something never complete, perpetually oscillating, and refusing to be bound by the confines of earthly materials. As the digital reincarnation of the shoe sees its outer needles expand and shrink in constant motion, an unbound design vision becomes increasingly evident.

” Y-3 returns with its second seasonal installment which draws inspiration from the concept of Transformative Optimism. A further exploration into key moments from the brand’s past, SS22 is informed by Y-3’s effortless ability to pair relaxed sports-infused silhouettes with functionality and adaptability. Loose fits are awash with unexpected florals, which merges six different prints from the brand’s past into one.
Footwear also arrives bold and brightly-colored, with silhouettes including a floral-infused Y-3 MAKURA, as well as a series of stripped back, white and gray classic Y-3 styles. “
Hypebeast

In this article:and…, for, the