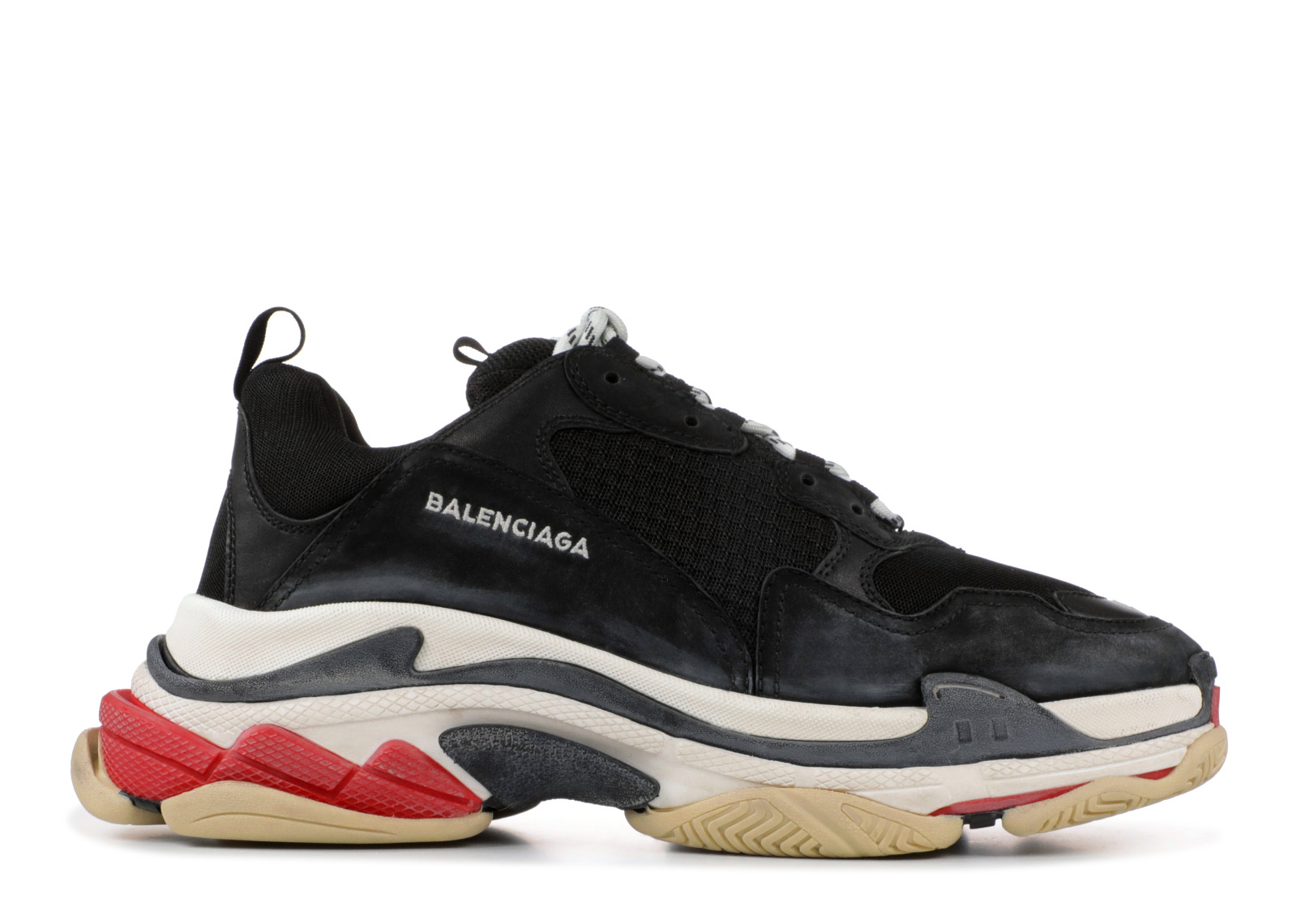 With sneaker culture growing every year and company’s constantly making new silhouettes that are crazier than ever, We have made a list of the most out there shoes you might want to get your hands on or never want to see again.

Starting this list, is the Balenciaga Triple S that people where first able to get their hands on 2 weeks ago on the 20thof September. The fashion shoes haven’t even dropped on the Balenciaga website but they are already making waves on the internet with some people strongly against them, an example was YouTube star Casey Neistat showing his distaste on the shoe in a video for HYPEBEAST, but others are praising the brand for rebelling against the same style of shoes we are getting used to seeing from other brands. Retailing for £595 (around $783) it isn’t cheap but this chunk style of shoe has been getting increasingly popular with Kanye West making the Yeezy wave runner 700 and if you are looking for a cheap shoe, Balenciaga are probably not what you need.

The next shoe I will be covering is the Nike Pocket knife DM, a strange concoction of a smooth and sleek top with a chunky outsole that sold out on Nike.com, an impressive feat for a shoe with no new Nike materials of technologies. The Nike Pocket knife DM has textile upper with overlays of leather and two islets holding the laces in place whilst a lace lock lets you adjust the fit of the one piece upper. It retailed for £100 with a £115 version that has been tweaked to be more abstract by Nike Lab and the shoe is still available at various different retailers now.

At the 3rdspot is the Jordan Spizikes, a Jordan dedicated to Spike Lee who starred as Mars Blackmon from She’s gotta have it, in multiple air Jordan adverts. These shoes are a culmination of many Jordans, most notably the Air Jordan 4, 3 and 6 whilst having a pattern inspired by the Air Jordan 20 on the inner lining of the shoe as both shoes came out in the same year. Some people, even lifelong Jordan fans, are not fans of these shoes as they believe it is an ugly spinoff shoe that is trying to bank in on the success of other Jordans that it has taken parts from to become a Frankenstein’s monster, however considering new renditions of this silhouette are still coming out every year it must be popular with some.

The penultimate shoe on this is the Air Jordan 1 x off white collaboration that was one of ten off white shoes with Nike that dropped recently and has become a grail for many sneakerheads around the world. The shoes designer, Virgil Abloh the creator of the fashion/streetwear brand off-white and creator of the Pyrex vision collection back in 2012, said in an interview with Nike that he took inspiration for this shoe from mistakes and built his Air Jordan with parts unstitched and peeling off, tags still on the shoe and parts purposefully off color and worn. The shoe also has words in quotation marks on the sole and laces that pop out at you when you look at the shoe. Sad for some, the mix of only a small amount of the shoes being produced and it being a collaboration with a hyped brand like off-white, you cannot find it for under 1.5 grand but some couldn’t care less as you can get the classic Air Jordans with swooshes purposefully stitched on from $100.

The last shoe on this list is an Adidas shoe called the “see you later,” a shoe can look strange on shelves but is loved on feet. The shoe has a sock like fit with an elastic part at the collar to keep the shoe snug on your feet. This shoe has a thick sole that is round with rectangular spikes on the bottom to give better grip on rocky terrain.The shoe has fans all around the world but is particularly popular in Japan with a style that can be worn with all kinds of Techwear. The shoe was even used as inspiration for a lot of Japanese brand, white mountaineering’s collaborations with Adidas over the years.

In this article:adidas, balenciaga, Nike